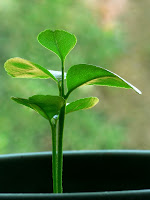 Earth Day should be a time for peace-loving people of all persuasions to share their views about the environment and the stewardship of natural resources. Like other great religious traditions, Islamic teachings have placed great emphasis on caring for the environment and for the careful husbandry of shared resources. Moderate, mainstream Muslims reject all forms of terror and violence, and care deeply about their world and its fragility and beauty. In celebration of Earth Day this month, I highlight here a few of the Islamic teachings that relate to these issues, and quote relevant passages from the Holy Qur’an, the sacred scriptures of Islam.

Islam acknowledges the existence of environmental pollution. The Qur’an describes how God demonstrates to humanity how their actions can destroy their surroundings: “Pollution has appeared on land and sea because of what men’s hands have wrought, that He may make them taste the fruit of some of their doings, so that they may turn back from evil.” (30:42).

Throughout the Quranic scriptures, we find references to the fact that natural resources are available only in finite quantities that must be carefully sustained lest they become wasted. Muslims are thus reminded of how all bounties are of a proper “measure”: “…He has created everything, and has determined its proper measure” (25:3). Muslims believe that the earth is first and foremost a shared resource that should benefit all of humankind, and that the harvesting of the natural bounties of the earth, such as fruits or crops, should be done with careful regard to not only present but future needs. The Qur’an reminds Muslims of this by stating: “…Eat of the fruit thereof when they bear fruit, and pay His due on the day of the harvest and exceed not the bounds. Surely, God loves not those who exceed the bounds” (6:142).

This is also true of water resources, and Muslims are warned not to take supplies of water for granted and are also reminded of why water is a precious resource: “And We sent down water from the sky according to a measure, and We caused it to stay in the earth – and, surely, We have the power to take it away.” (23:19). Elsewhere it is stated:”He it is who sends down water from the clouds; out of it you have your drink, and there grow from it trees on which you pasture your cattle.” (16:11).

The Qur’an reminds Muslims of the ocean’s bounties.

There are many locations in the Qur’an where Muslims are enjoined to reflect upon the blessings they gain from the ocean, whether it is in the form of food within its depths, or from transport upon its waters: “And He it is Who has subjected to you the sea that you may eat therefrom fresh flesh and may take forth articles which you wear as ornaments. And thou seest the ships ploughing through it, that you may journey thereby  and that you may seek of His bounty in other ways and that you may be grateful.” (16:15)

In many locations it is emphasized that humanity is to act as steward of the bounties it is given. According to Islam, the careful management of resources by humanity is a form of moral trial: “And He it is Who has made you successors of others on the earth and has exalted some of you over the others in degrees of rank, that He may try you by that which He has given you. Surely, thy Lord is quick in punishment; and surely He is Most Forgiving, Merciful.” (6:165).