The Science Behind Usain's Magic 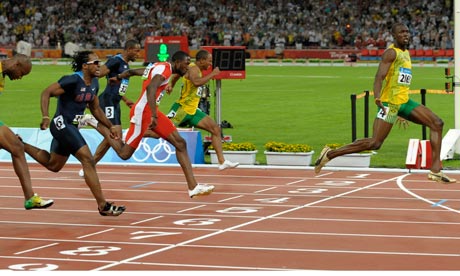 How does Usain Bolt run so fast?

Physiologist Peter Weyand divides each cycle of a runner’s leg into what happens 1) when their foot is in the air, and 2) when it’s on the ground.
What is the limit of human speed?