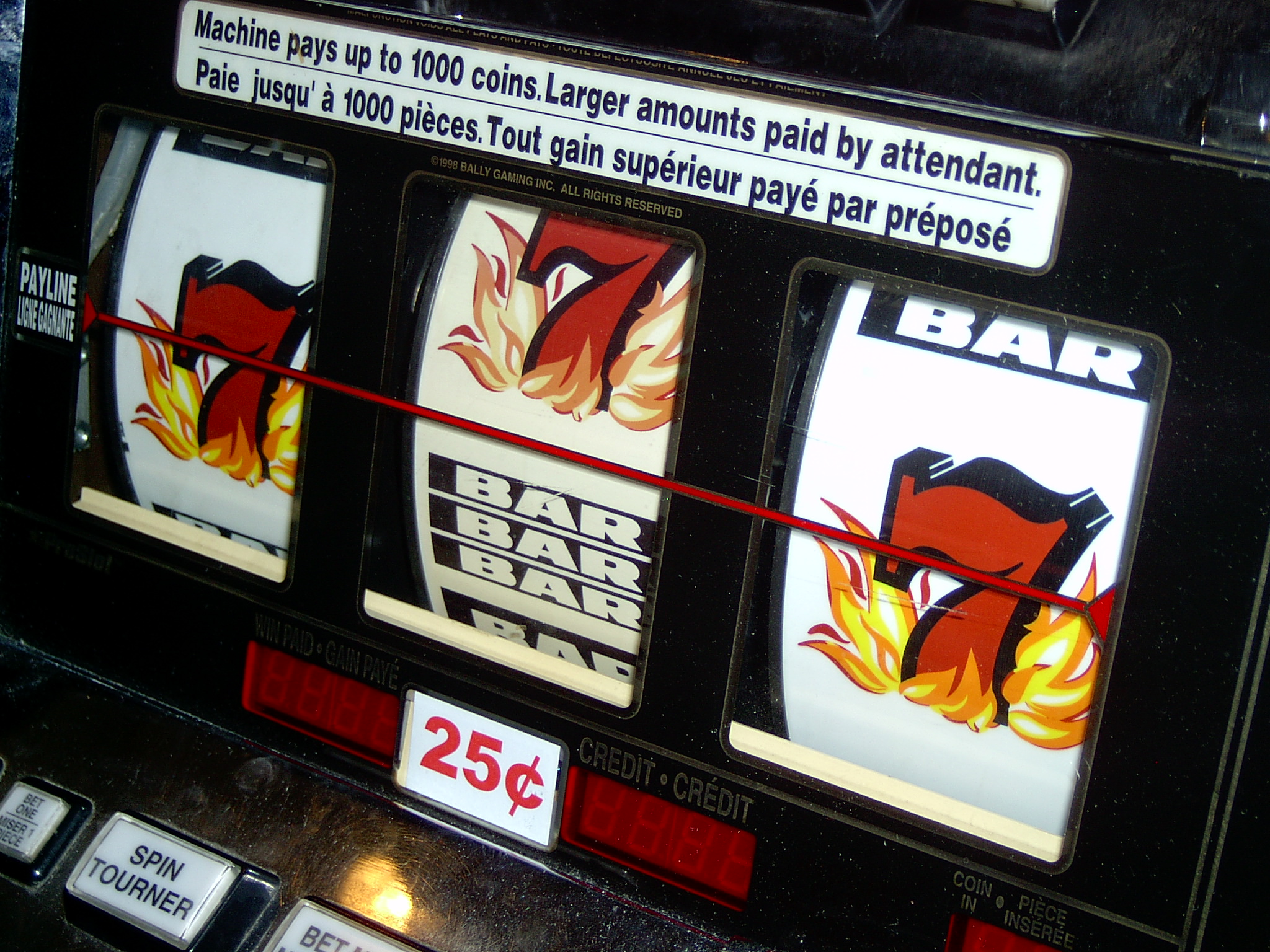 Research reveals that the same brain areas in gamblers that are excited during a win also activate at near wins - i.e. if you almost win, you are just as happy as when you do win, which is good news for the casino.

15 people underwent brain scans while gambling. Near misses activated the brains’ ventral striatum and anterior insula areas, also activated during random wins. The insula has also been associated with drug craving and other addictive behaviors.

The effect only happened when gamblers had control of the lever. The inverse occurred when a computer took control where near misses significantly demotivated the gambler to keep playing, and complete misses kept momentum alive.
Posted by MP at 12:25 PM